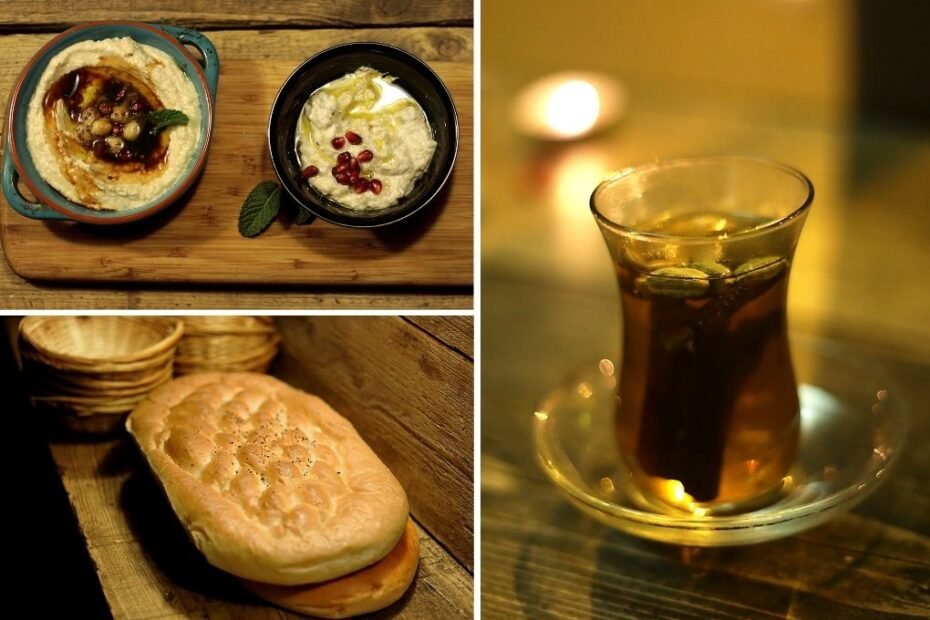 Biting off more than I can chew: the foundation of Syrian cuisine

That expression sums up the huge task I have taken on to describe the history of food culture in Syria. The way humans have nourished themselves over the millennia has always fascinated researchers, whether they are anthropologists and historians, not least because we are the only species who cooks his food before he eats it. The traditions of cooking down the generations are a source of wonder in all societies.

What makes the food culture of the Near East and Mediterranean regions especially exciting is that these regions are a marvellous cornucopia of food tradition owning to their diverse populations and  variety of produce. Add to that centuries of multiculturalism hastened by Arab, Ottoman and French colonisation and the Syrian cookery book becomes a vast and colourful volume.

It is necessary to mention that food production in Syria is built on these three pillars. Shedding light on these three essential items of human life paints a diverse picture of its food culture. Syrian cuisine has absorbed influences from many other nations, but some things don’t change:  it is admired all over the world because it has at its heart organic and healthy ingredients.

Wheat, olives and wine have been in the kitchen with multicultural Syrians for centuries, but the way we use them in our cuisine has changed and developed with every new influence.
Many ubiquitous categories of traditional food preparation such as pickling, fermentation, smoking or even simple, natural sun-drying can make vegetables, fruits and meat safe to store and to use when fresh produce is scarce, especially in winter.

These techniques were very popular for centuries in many different parts of modern Syria and around the Mediterranean. Such preserving techniques date from the ancient habits of people and have passed into folklore, even though the methods our ancestors perfected still work today. They may seem old-fashioned to some – a little bit of modernity has been injected into the processes over ages to meet quality and hygiene standards – but the reason behind these old methods endures.

‘A piece of heaven’

In Syria, the four seasons are for real: each one has a special significance in enriching the Syrian family’s daily meals. Abundance and opulence has always been the way of Syrian agricultural history from the ancient times onward. It is a piece of heaven; everything has a unique taste and its own place in its season. The only barrier to such production is war.

Honestly, it’s so hard to unravel the traditional Syrian diet from this complicated web of inheritance, invasion and immigration, knowing in advance, that some topics around food are controversial and that shedding some light on the historical and cultural factors that influence a population’s diet have been argued about across the ages. So many people have an opinion about the development of these area seen as the eastern gate of the Mediterranean, a natural link for three continents and the cradle of ancient human civilisation.

This cradle has sheltered humans for 12,000 years. The reason they thrived there is clear, it had the best conditions for survival. People migrated from different lands to settle here, looking for the best environment to start a new era of human development: hunting, raising the cattle, cultivating lands, planting and producing food for human survival. Clues about these early agricultural practices are still being uncovered by anthropologists and archaeologists, who led many expeditions to the area in the last century.

When I think about the cultural and historical facts affecting the Syrian diet, I am reminded of the tradition of eating mezze: you can claim each element of the spread before you as typical of your own cultural heritage, before anyone else can. But knowledge about other people’s cultures and cuisines will soon point out where various dishes overlap – Syrian cuisine is so typical of this – everyone can claim familiarity with all these Levantine dishes; they are as entrenched in history as Homo Sapiens.

Strategically placed, moderate in its climate, rich in historical heritage and opulent in natural resources, this part of the world has the lion’s share of natural, nutritious produce and creative cooking. Gastronomically, it is indeed heavenly.

Ismail, who is as talented at creating food as he is at writing about it, is a chef at Refugee Cafe. More memories of Syria coming soon.