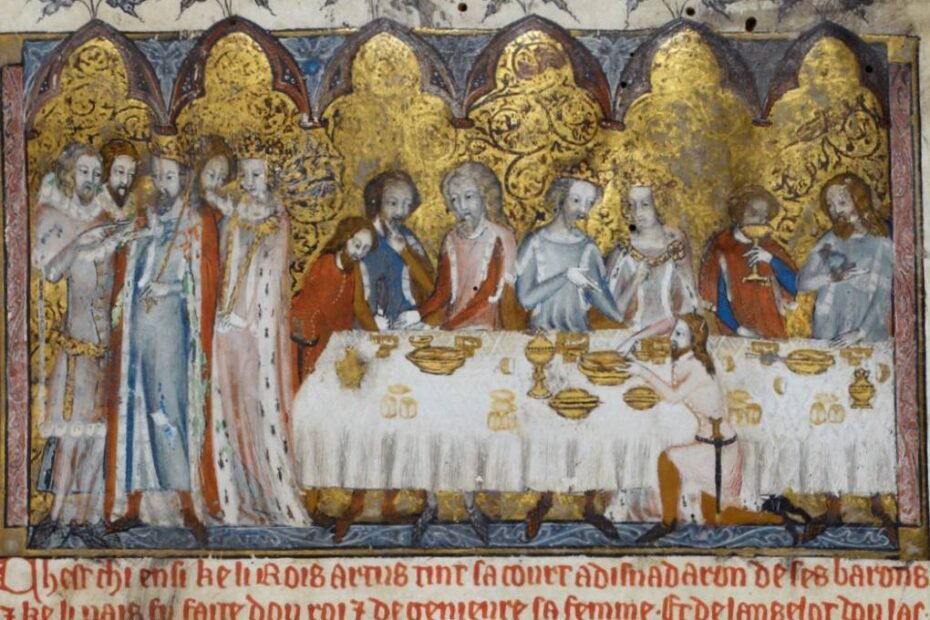 Syrian recipes first arrived in England during the crusades, brought back by knights and monks returning from the Christian settlements (1098-1291 CE). The English obsession with Syrian cooking continued long after the crusades had ended in Christian defeat. No longer souvenirs of conflict, Syrian spices were brought to England by pilgrims and traders. Syrian merchants were internationally renowned – the poet Geoffrey Chaucer imagined how ‘In Syria once dwelt a company / Of rich merchants […] who sent their spices far and wide’.

A popular recipe in medieval English courts was ‘mawmene’, an adaptation of ma’mūniyyah, which was a dish originating in Syria during the Ayyubid period (c.1171-1260 CE). In Ayyubid Syria, ma’mūniyyah was made from rice, sugar and pistachios, decorated with pomegranate seeds or coloured candies. ‘Mawmene’ was made from minced meat, spiced and sweetened in almond milk, garnished with cloves. Another recipe often served alongside ‘mawmene’, was ‘blanc de Surry’ (‘Surry’ was a medieval spelling of Syria), made from chicken stewed in almond milk and sugar. Although these recipes changed significantly along their journeys (and although these menus are unfamiliar today!) the intention is clear – medieval cooks aimed to serve up a Syrian-style banquet.

While writing his famous Canterbury Tales, Chaucer lived in Kent, often taking the ferry up the Thames from Greenwich, riding to Southwark or Lewisham Priory. If he were around today, the idea that a Syrian Feast was available in Lewisham, at the Refugee Cafe, would surely be irresistible – the food he and his contemporaries dreamed of, on the doorstep!

Eleanor is a PhD student at Birkbeck College, researching the influence of Syria on the development of medieval English culture. If you are interested in dining like Chaucer then sign up to our newsletter and keep up to date with our upcoming feasts.